I haven’t been running for over a month.  I stopped about two weeks before my flight out here because I was too busy and haven’t been able to start getting back into the habit until now.
At the bottom of my road is the start of a road called Birdwood Avenue, running alongside which is a dirt path.  Aka, the Tan Track.  It’s a purpose built running track that follows the outer perimeter of the Botanical Gardens.  A few days ago, I put my running shoes on and switched on my ipod, and off I went.  The route I ran was approximately 2.5 miles.  I won’t tell you my time because it’s embarrassing.  What I’ll do instead is show you some pictures I went back later and took.
It’s brilliantly planned.  There are markers to tell you how far you’ve gone, there a two clocks at opposite ends so that you can time yourself and there are automatic lights for late evening and early morning runners! 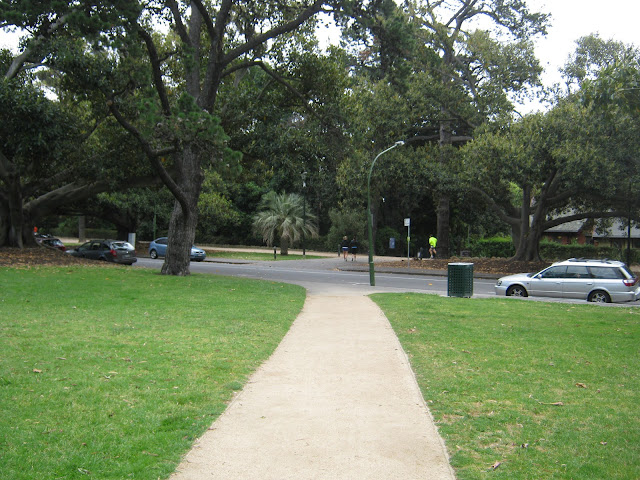 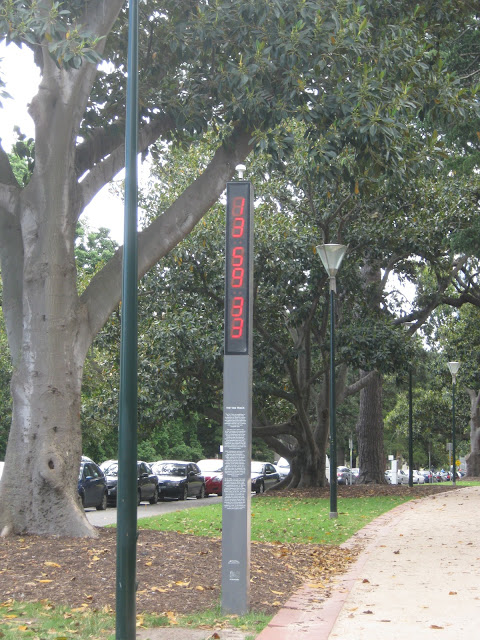 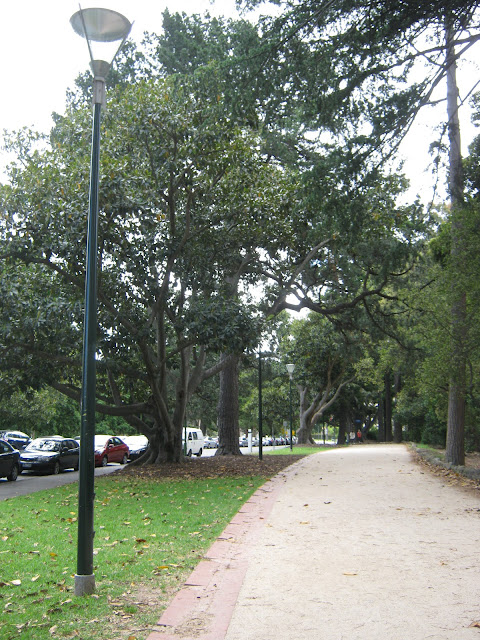 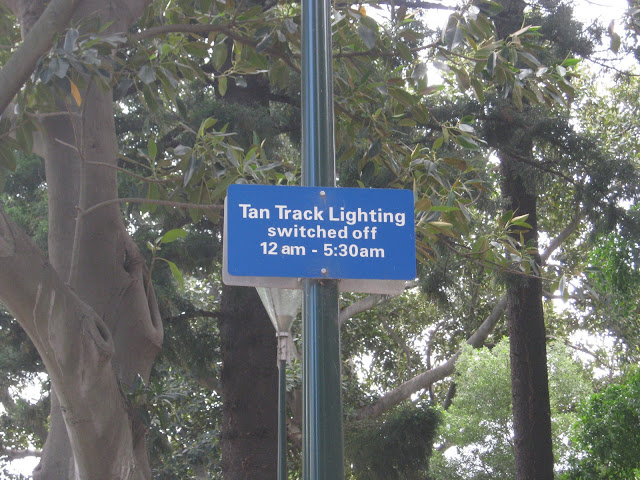 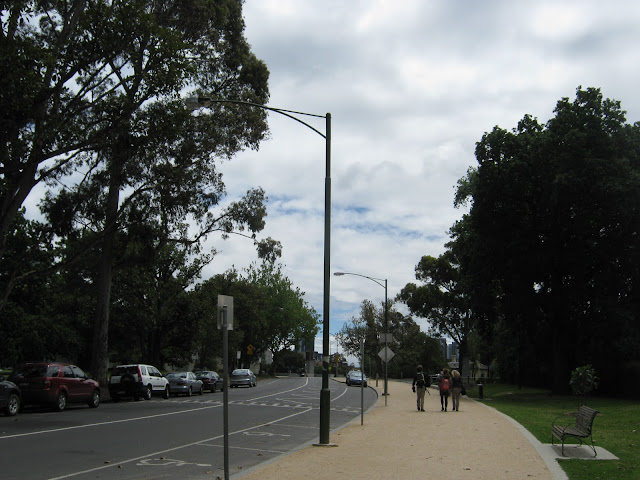 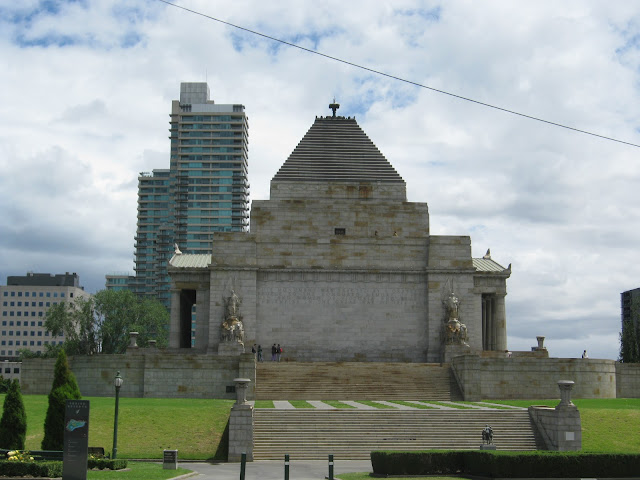 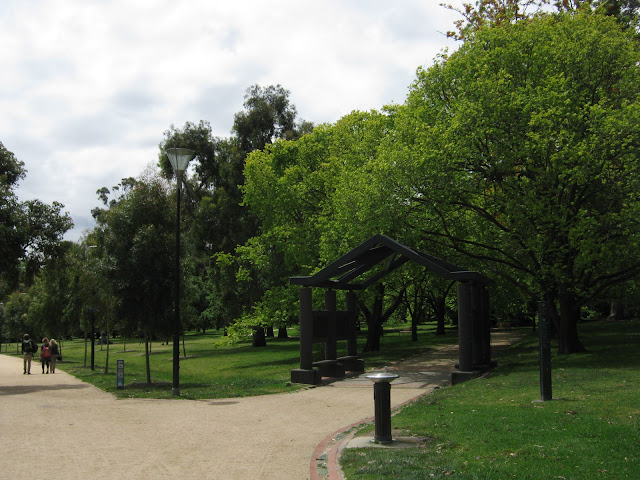 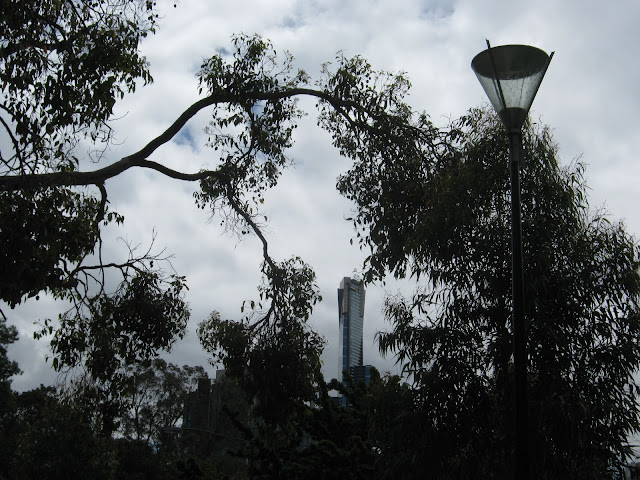 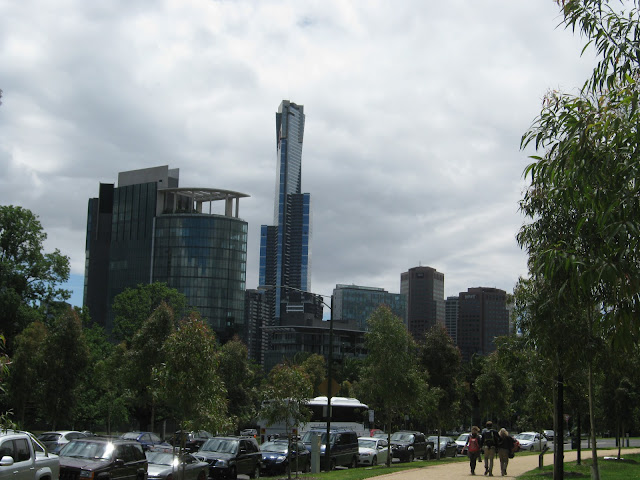 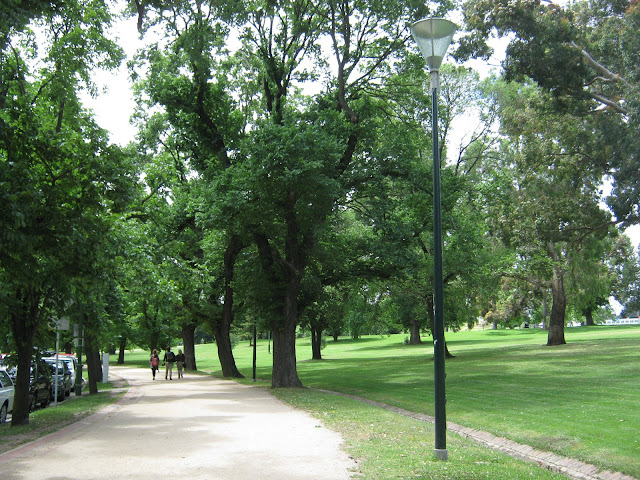 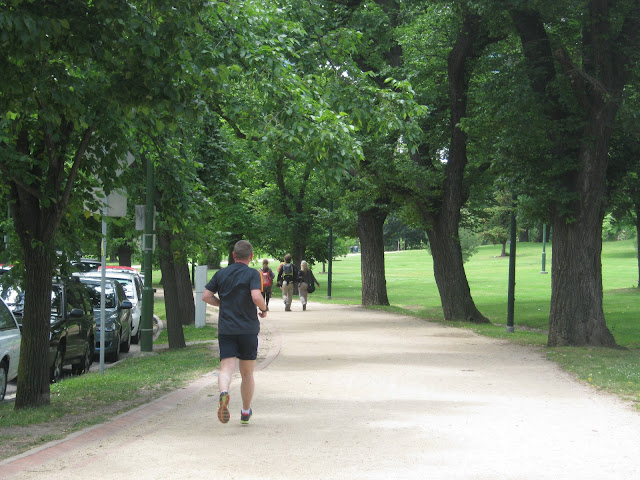 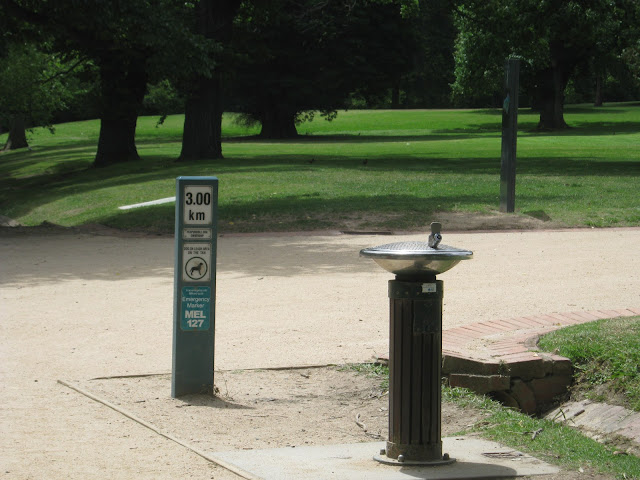 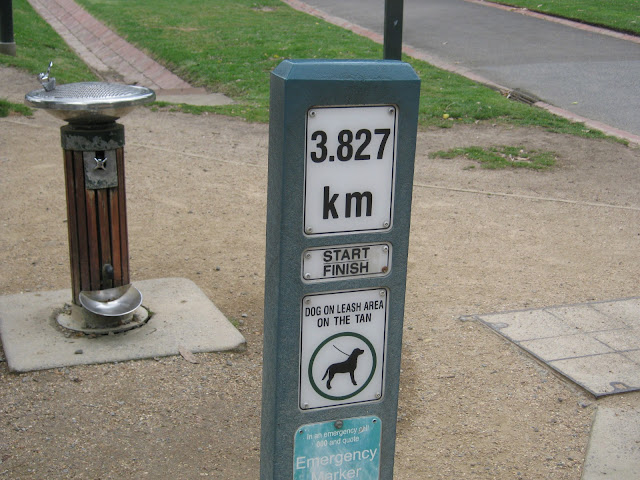 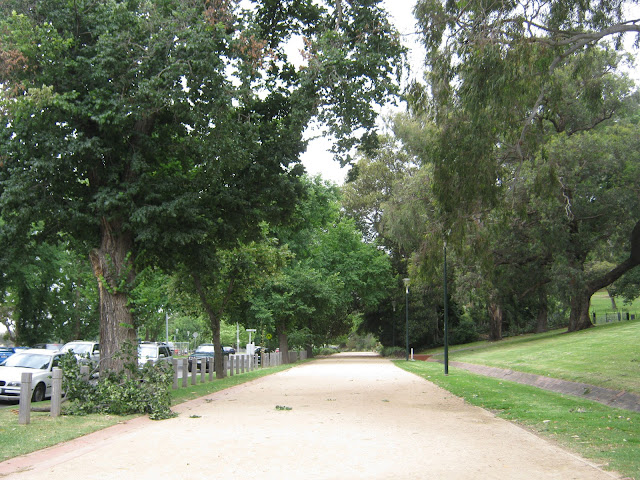 The best thing about the Tan Track is that it feels completely safe and is dominated by runners.  The worst thing about it … is the Anderson Street hill:

It was fantastic to put my running shoes back on and go for some decent exercise.  Not that I’ve been vegetating here, I don’t think I’ve ever done so much walking in such a short space of time.  I love this track so much that I’m going again tomorrow morning and again later in the week to a running club.  Maybe I should investigate as to when the Melbourne half is …