Today I revisited The Wheeler Centre.  It’s located by the side of the State Library on Little Lonsdale Street and todays talk was focused around the internet, social media platforms and comedy (with it being the comedy festival).  On the guest panel they had Youtuber Alex Williamson, stand up Jennifer Wong, podcaster Tommy Dassalo and comedy production bigwig Sam Kinken. 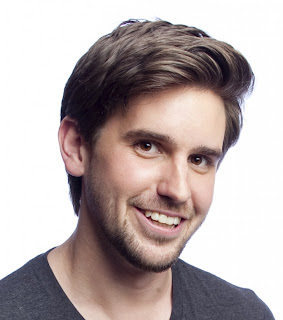 The discussion touched on subjects such as how comedy on the internet is monetised, the benefits of having the instant feedback you get on all web platforms, the differences between comedy developing on the web as opposed to more traditional methods such as stand up gigs in pubs and bars, issues with things like copyright and what online comedy means for future generations.  It was so interesting and I’m really glad I went.  Especially as I met German comedian CJ Delling who was sat next to me int he audience, she was so friendly and we got chatting about blogs.  Of course I mentioned The Londoner at which point a lady in front of us turned around to join in – a fellow reader of Rose’s blog.  Funny moment! 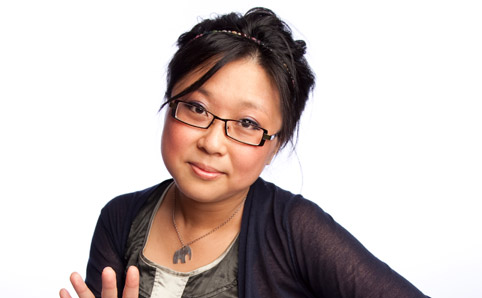 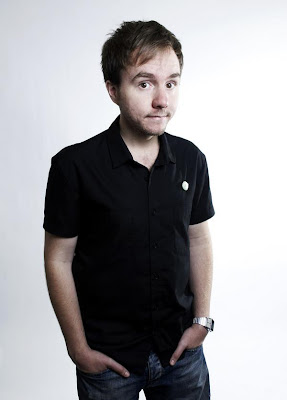 The summary I took from the discussion was that the internet has given us different ways of sharing, producing, viewing and making comedy.  Take the meme for example, I probably see at least three of these shared on facebook or twitter daily.  They’re often hilarious and they brighten up my day.  Then there’s the vast array of humour filled blogs available today.  Cats Conceding is a tumblr I was recently alerted to, along with Reasons My Son Is Crying.  Personal favourites for comedy are Pintester and in particular London Grumblr, a blog which I have followed since day one and have seen go from strength to strength in a matter of months – proof that when you really are funny, you’ll get noticed.

It’s got me thinking a lot about the way I consume comedy.  I love comedy.  I adore it even.  I have a big place in my heart for classic British comedy and idolise people such as Joanna Lumley, Stephen Fry and Simon Pegg.  Just last week I watched a few epsiodes of Keeping Up Appearances and Are You Being Served, and it’s a Christmas tradition for my family and I to settle down for an hour of Morecambe and Wise on Christmas Day.  I’m a huge fan of The Mighty Boosh and an even bigger fan of Spaced – the best comedy show ever created in my opinion.  If you’ve never seen it then stop being so ridiculous and watch it.  At the same time, I consume so much online comedy.  Twitter accounts such as NYC_Blonde give me a quick, daily dose of lol.  Tumblrs can express so much sarcasm and dry comic wit in a single photo and about four words accompanying it.

My favourite online comedian has to be Jenna Marbles, when I first discovered her youtube channel I was in tears with laughter – here is her first youtube video, posted two years ago and has over 50 million views:

Online comedy to me is just as important as more traditional and classic forms of comedy.  I guess the internet makes comedy more accesible for both the comedians themselves and the audience, but in order to be successful and make a living from it you do have to be genuinely funny.  Having said that there is no niche too small on the interweb, you just have to find your audience.  I thought Jennifer Wong made a really good point about having to translate traditional perfomances of comedy onto in the internet.  As an example she said that writing a newspaper article and publishing that article online doesn’t mean you’re blogging, writing a blog post is different to writing a journalistic article and I totally agree with her.  A blog is a personal insight, kind of an online diary that other people read.  Someone once said to me they think the best way to blog is write as you would talk.  That wouldn’t work in a newspaper.

The panel also discussed how online comedy is more vulnerable in a way, for example websites such as Funny Or Die are inviting the audience to either love or hate the content.  As Alex Williamson put it, people want to see the best of something or the worst of something.

I think it’s really important to share comedy online because people look for specific things.  I’ve shared videos from Funny Or Die so many times, some people either get the concept of the site or they don’t.  When they don’t, they dismiss it quickly never sticking around long enough to realise that some of America’s funniest actors and comedians run the thing.  I remember when I first discovered it no one seemed to know about it and I felt like I’d stumbled across a secret comedy club.  When people do get it, they get hooked.  People can be more creative and speak (swear) more freely on the internet too – anyone seen The Honeybadger?  Hilarious range of videos, but I’ve never seen something like that on television.  The closest would probably be the BBC’s Walk On The Wild Side from a couple of years ago.  I found this series hilarious too, but it probably appealed to more people and age groups, plus there is no swearing.  A video like the honeybadger is likely to appeal to a more specific group of people.  The great thing about the modern age is both can be found on youtube whenever you feel like it.  I’ll leave you with a youtube video documenting the best from that series, I forgot how funny it was: