I know a cat called Martha, she lives in a lovely flat in the CBD.  Last night she invited me to an art party called Disco Abyss which is a new event organised by some friends of hers.  Unfortunately, she hates crowds so I went with her two pet humans instead.

I was really intrigued to go to this and it didn’t disappoint.  It was just what I expected: a wildly flamboyant, decadent, racy, risqué night of music, acting and performances.  It was one of those occasions where more is more. 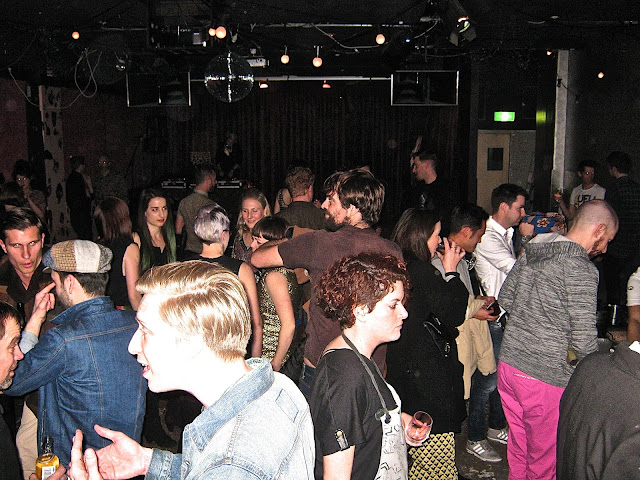 The night was hosted at Shebeen on Manchester Lane. This is a great venue because it has hidden space!  The actual bar is tiny, but Disco Abyss was held in the upstairs back room and the downstairs hallway, which is often used as a cinema.  A few people were there already by the time we arrived, so we got ourselves a drink and mingled whilst waiting for the first act to start.
I decided to enlist myself as the resident blogger for the evening and busied myself by taking photos of people. 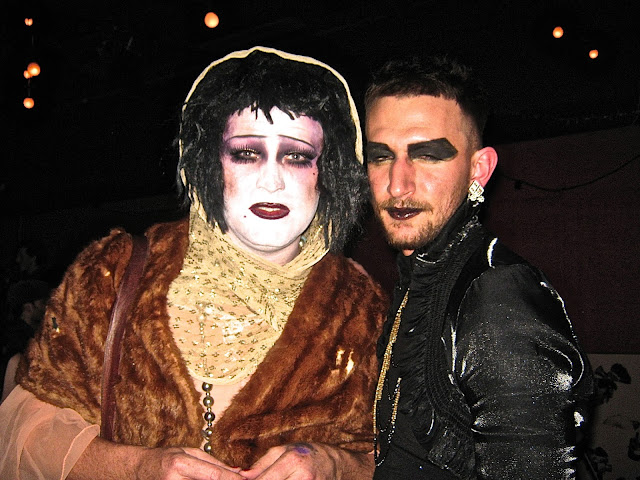 To the right here is Dosh, one of the organisers.  He very kindly took me into the abyss later in the evening.  A dark and artistic experience! 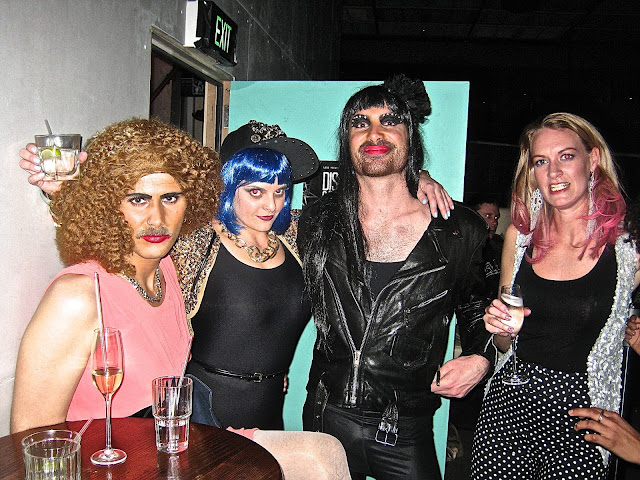 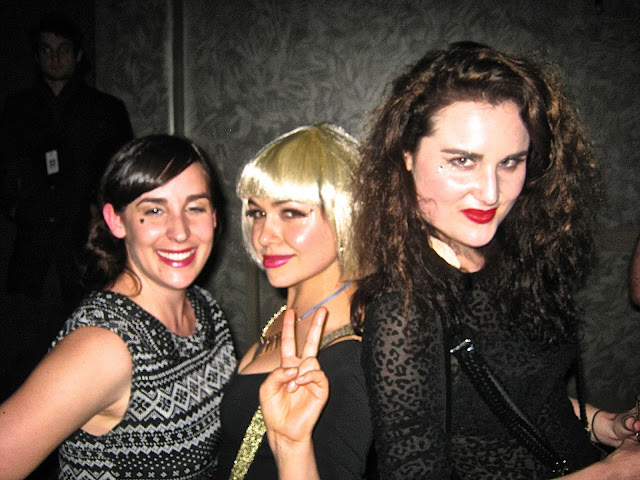 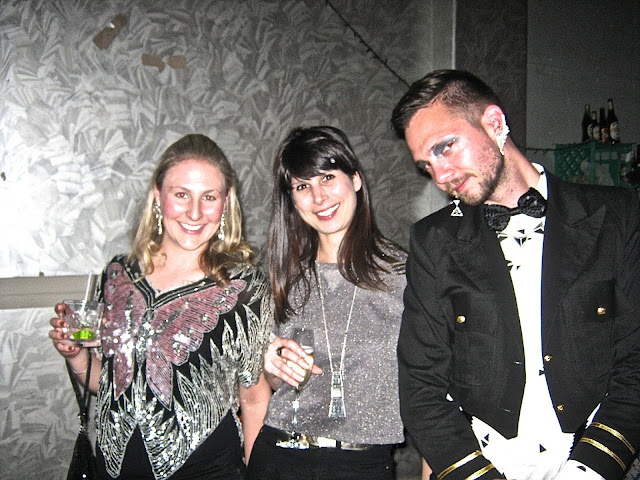 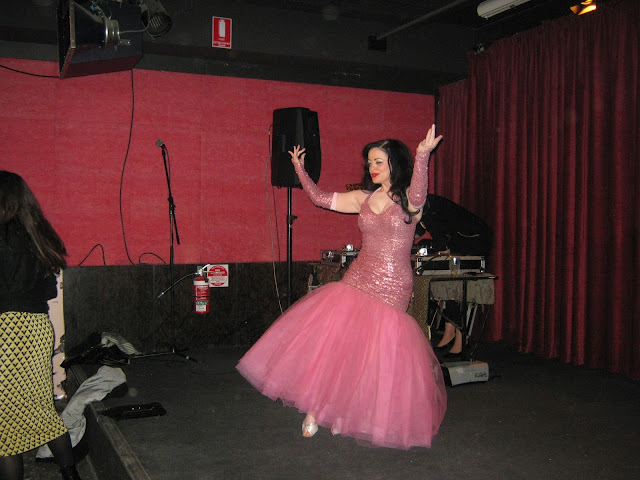 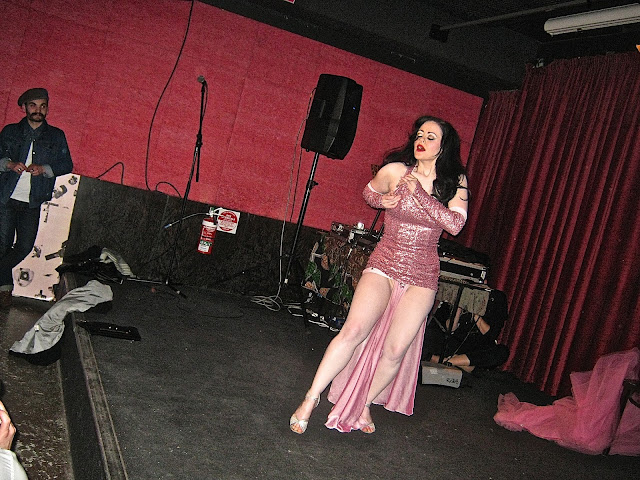 The first act was an absolutely fantastic burlesque dancer, she was incredible.  Between each performance there was an interlude of great music, which these two guys below loved.  They had serious moves, loving life! 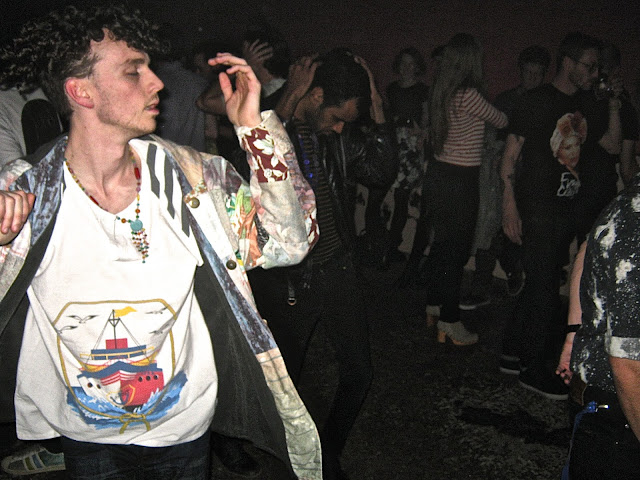 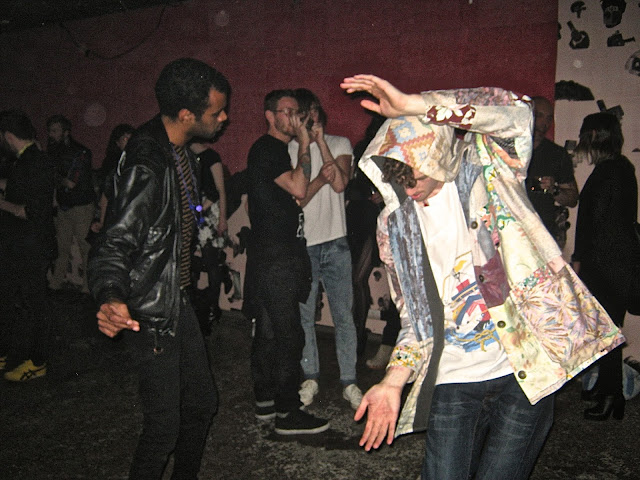 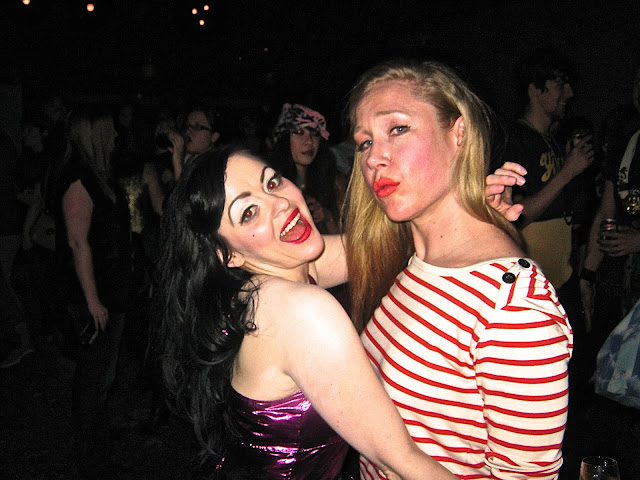 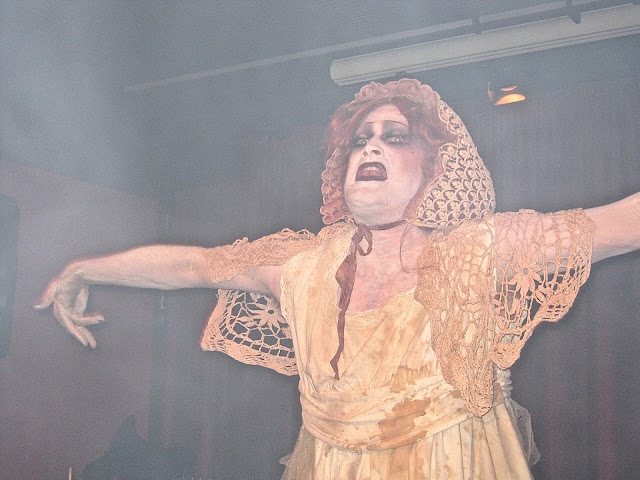 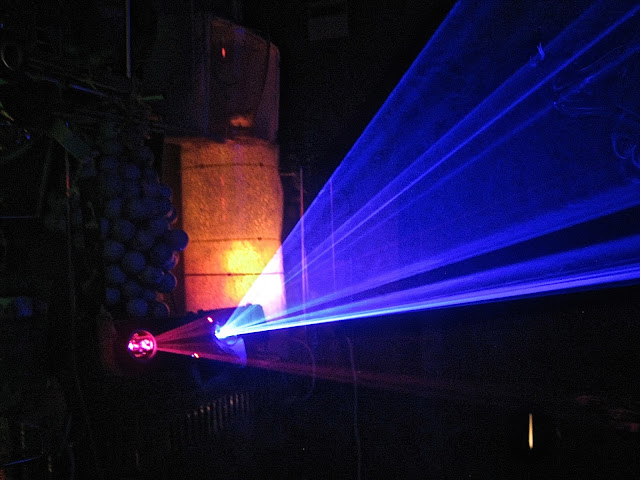 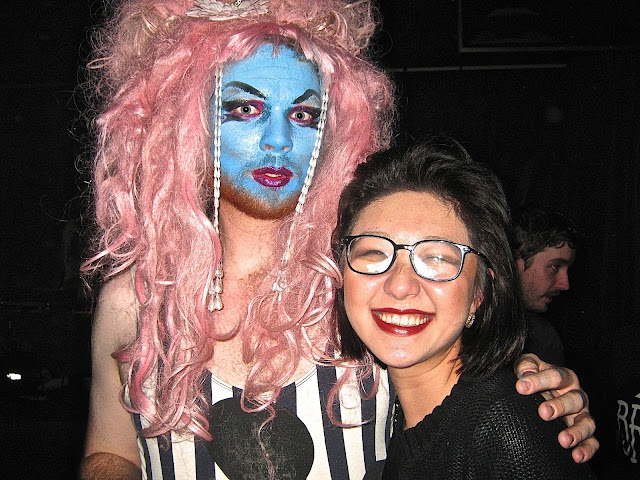 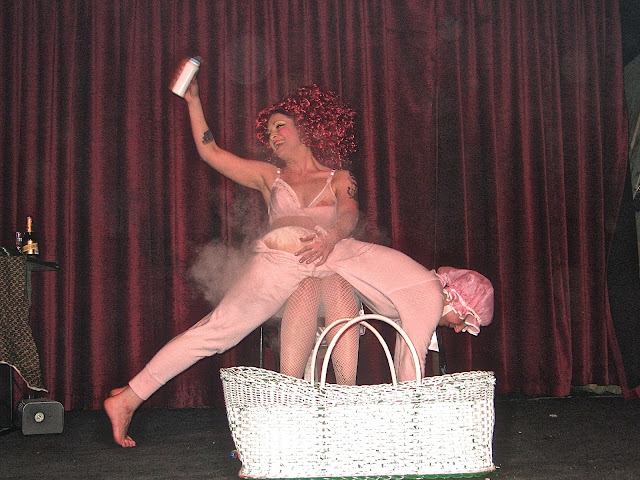 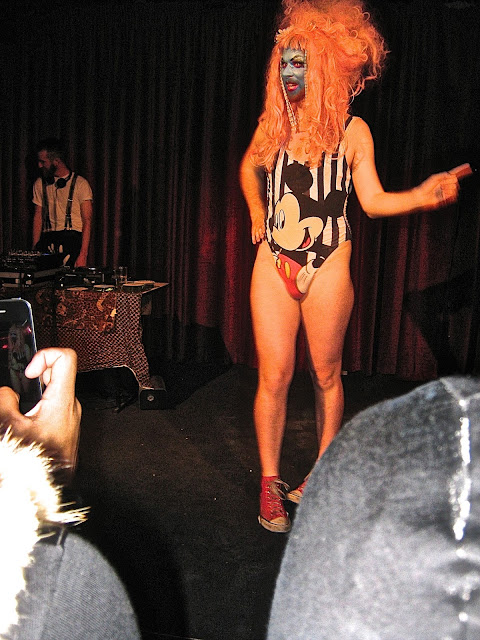 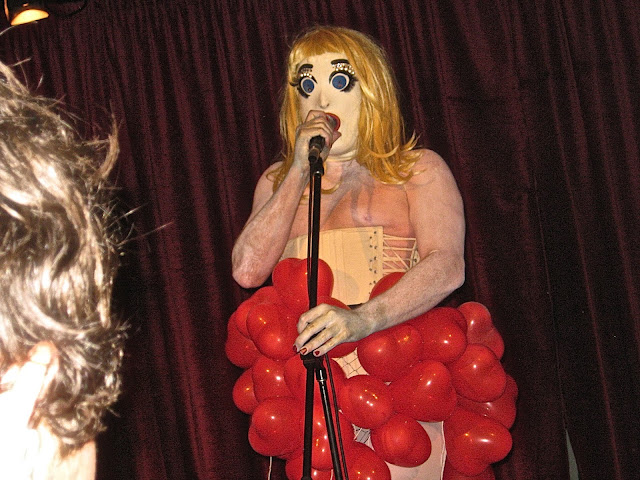 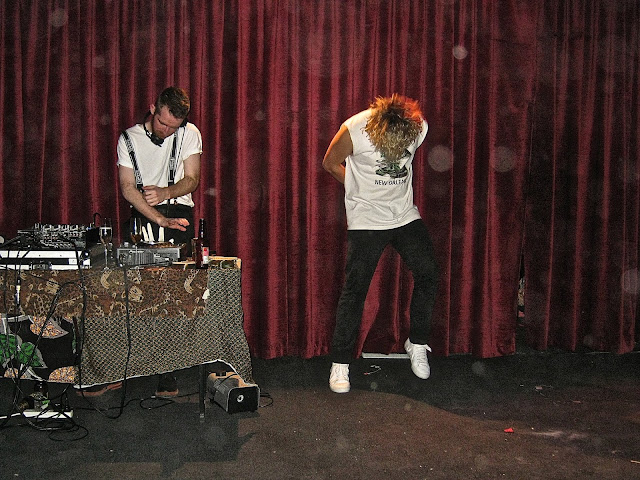 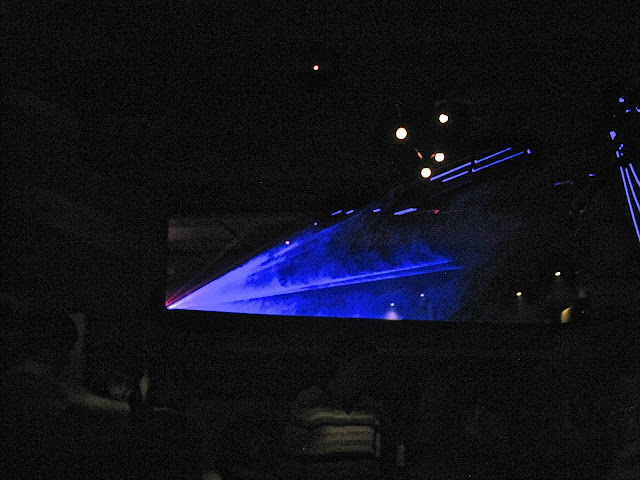 Disco Abyss was a lot of fun, I couldn’t bring myself to leave until the very end.  The atmosphere was the perfect mix of sensual/sexy and friendly/inviting.  Everyone was in a great mood and wanted the night to be a success.  Here’s to hoping there’s more to come in the future!