So wrestling isn’t something I’d normally follow or go to see live, but the sound of this event reminded me of Jack Black’s film Nacho Libre so expecting a lot of entertainment I decided to go along.  Thousand Pound Bend is a cafe in the CBD on Little Lonsdale and at the back is a warehouse space used for all sorts of events.  Markets, blogger networking…. and wrestling.  This event was hosted by Wrestleclash and was called ‘Brawl In The Bierhaus’, celebrating Oktoberfest.

Upon arrival the first three things I noticed were the ring, beer and sausages.  They’d gone all out, there was ‘authentic’ German music playing and the commentator looked like a member of the Von Trap family. 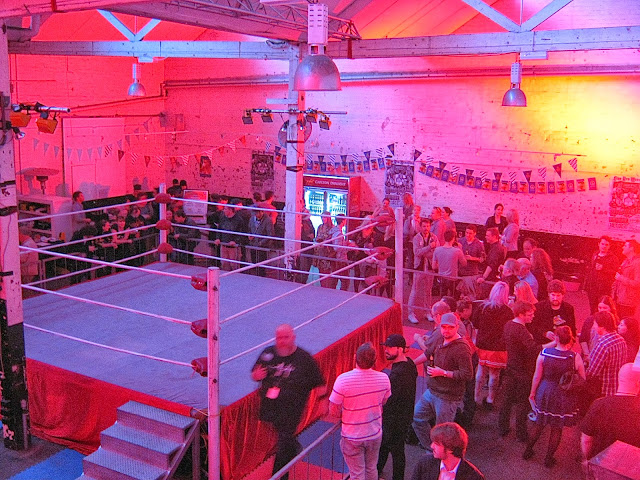 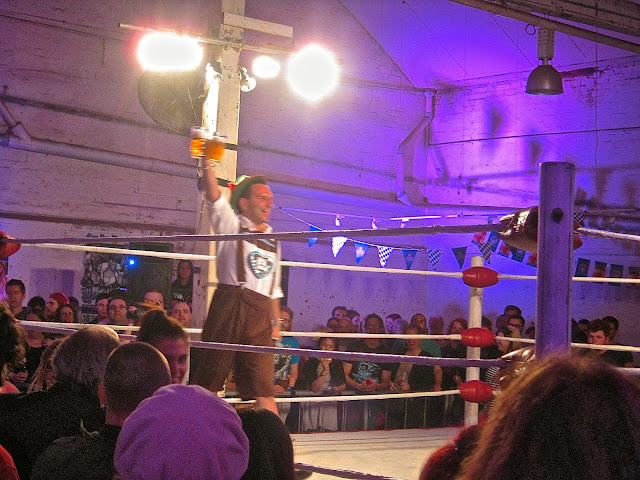 We lined our stomachs with onion and mustard smothered sausages and waited for the match to start.  Or I should say show to start, because it was like watching a play.  From start to finish everyone was in hysterics with the occasional ‘oooh’ and ‘aaah’ at the more impressive moves from the wrestlers.  It was so much fun to watch. 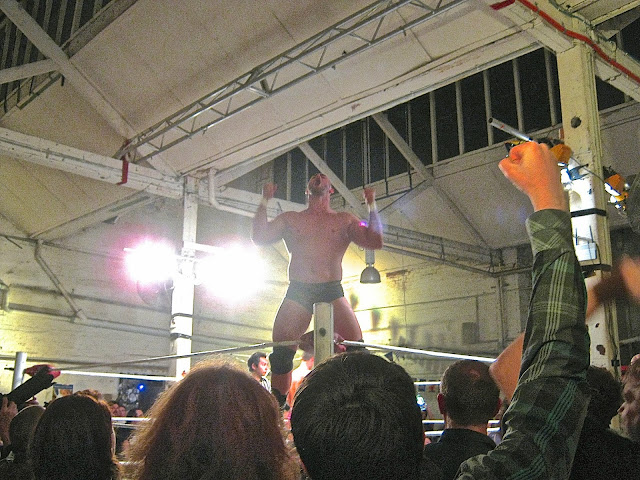 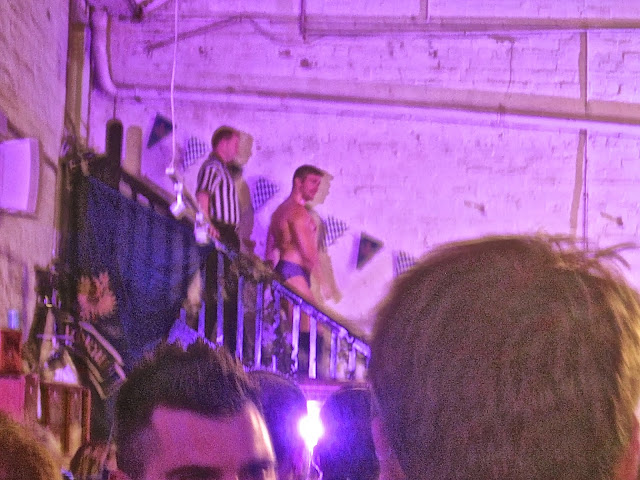 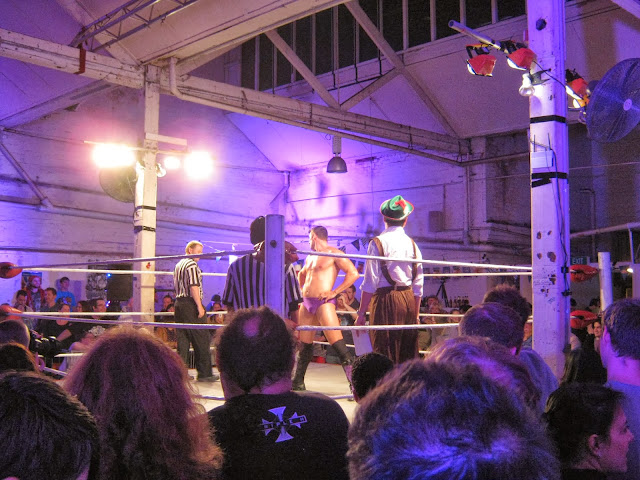 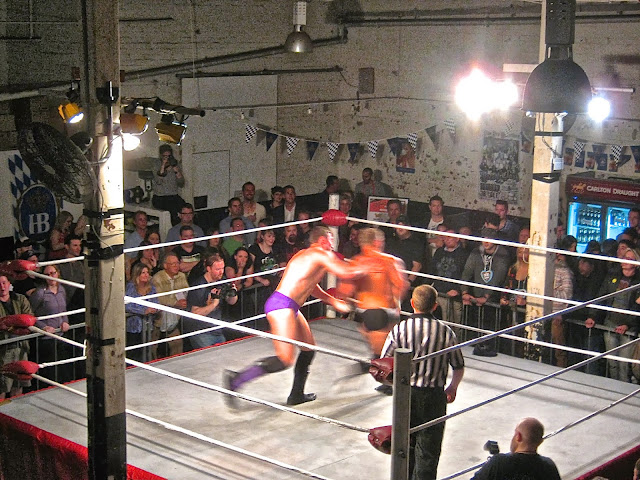 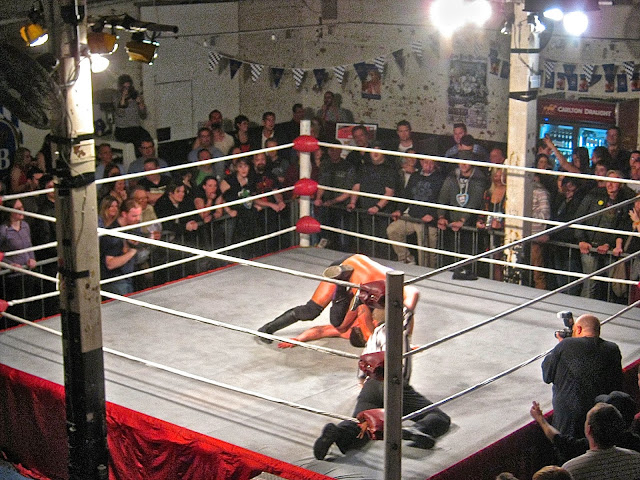 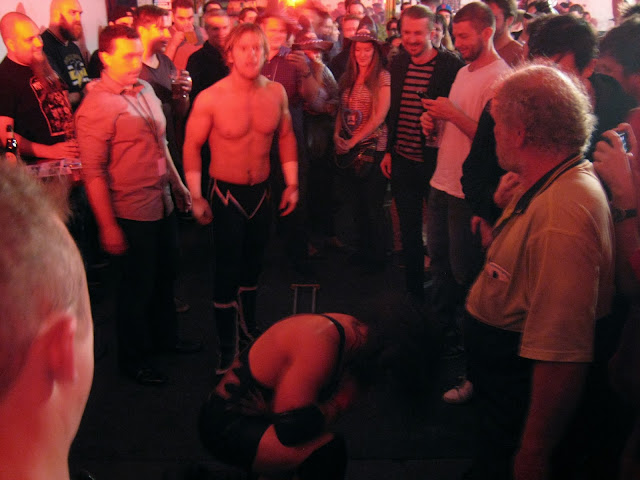 The two guys above were my favourite act.  There were no niceties at the start of their fight, they went straight for each other and did a loop through the audience first.  Then once in the ring they used all manner of things to fight each other with, including a ladder!  The guy with the long hair’s nickname was ‘The Mad Bastard’. 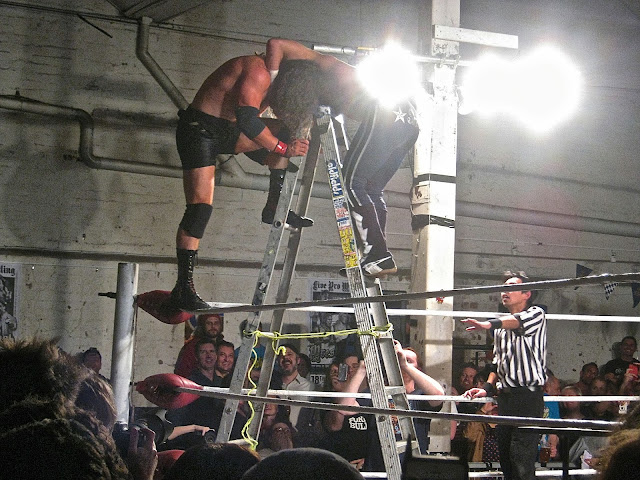 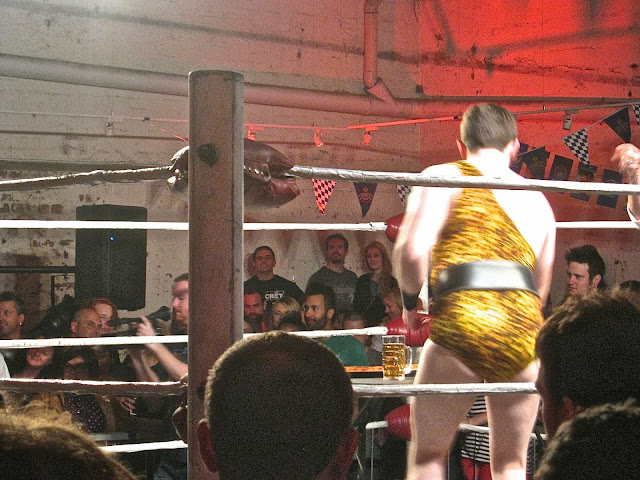 This round (above) was between a very 1920s looking guy in a lovely leopard print leotard and a big fat ‘German’ guy who entered the ring carrying a barrel of beer.  Their fight was a drinking contest. 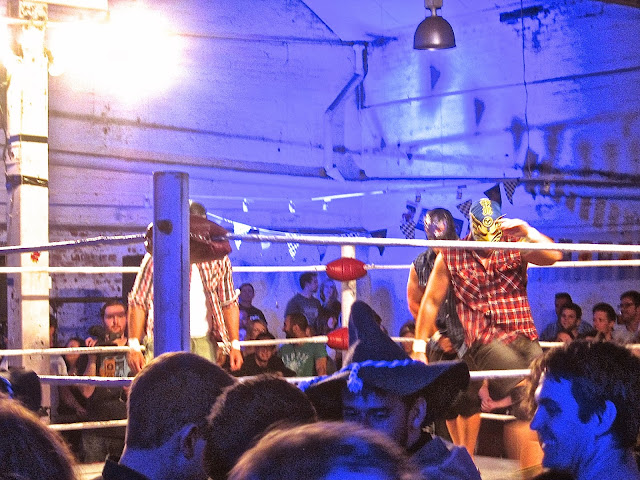 The last round was with the classic Mexican wrestlers who we were told were ‘the bad guys’.  When the show finished the warehouse was opened up into the bar and we continued drinking beer and cider.  A great alternative to a normal night out.  Head to the Wrestleclash website to find out when their next event is, or to Thousand Pound Bend.