This week I went to visit my brother Nick who lives in Balham.  We call Nick the ‘German’ of the family, because he is incredibly organised and precise about everything.  Naturally, when I arrived Tuesday morning he had a full itinerary mapped out that would take up my two days there.

I dropped my stuff at Nick’s lovely and surprisingly-roomy-for-London flat then we headed out in search of brunch. 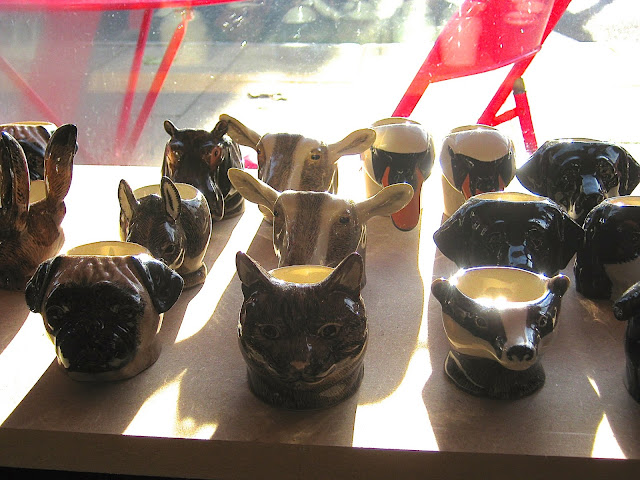 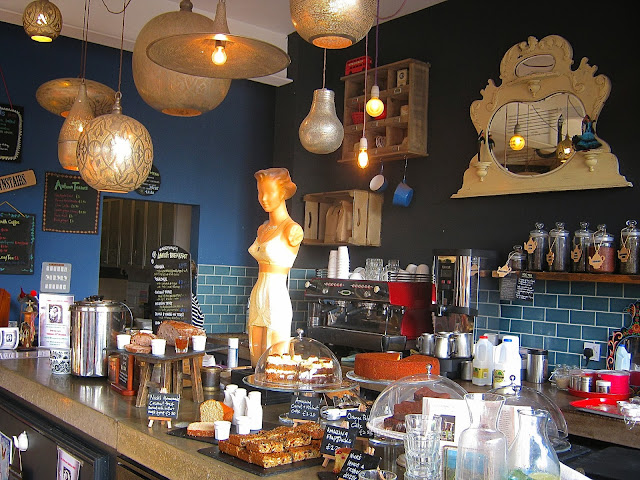 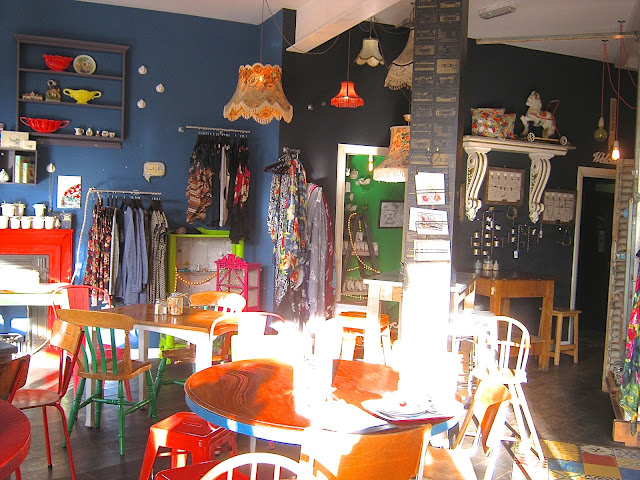 We browsed a few places before settling down at Trinity Stores, a gorgeous little cafe right next to Balham station. 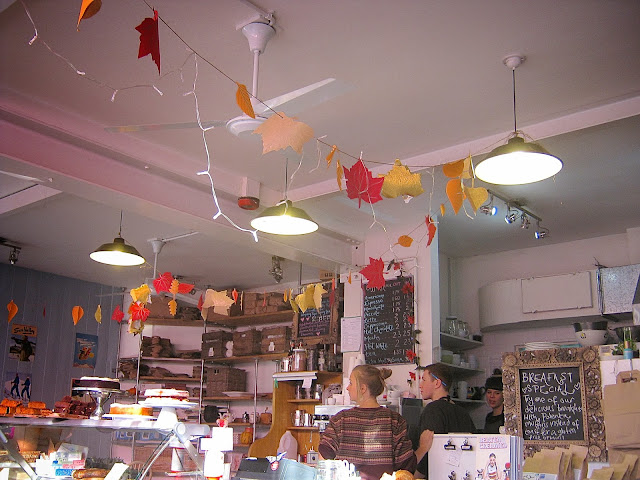 They had autumnal decor up in the forms of leaves on the ceiling and root vegetables on the tables. 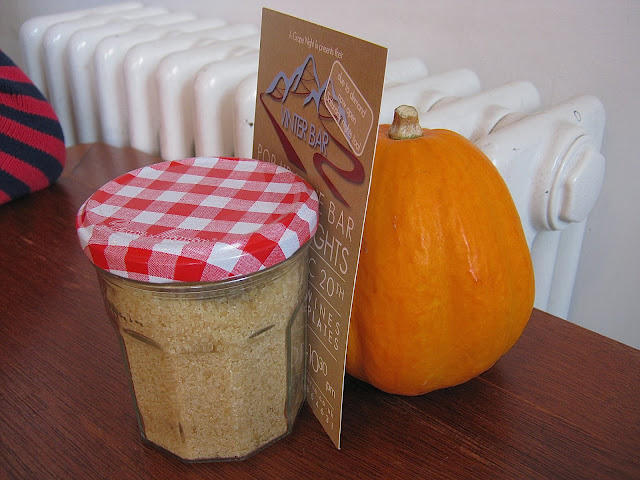 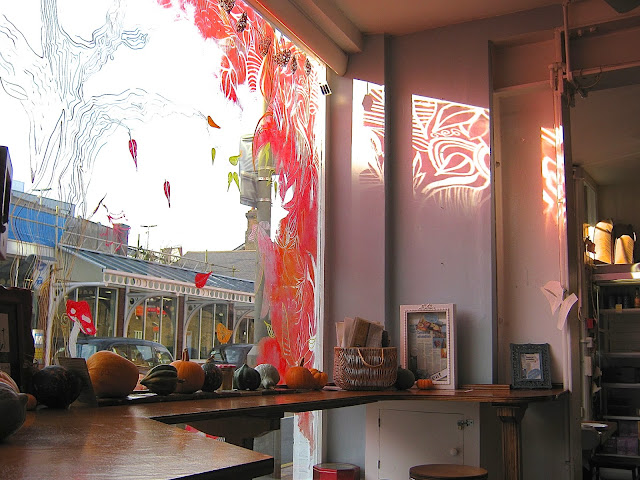 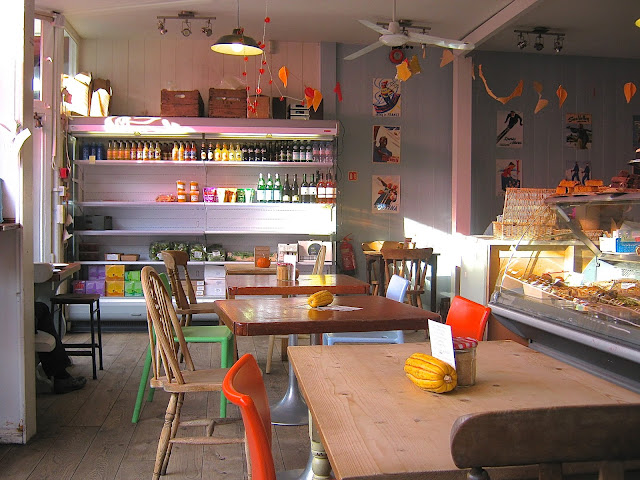 Next we headed to Southbank to browse the Christmas markets.  We found an absolute belter of a present for mum, which I won’t reveal in case she reads this.  I am considering moving to London provided I can find work, so far my three potential cities are the big smoke, Bristol and Manchester.  To be honest I really did notice the unfriendliness of London on this visit, but I guess after a year in Melbourne I’ve just grown used to people smiling all the time. 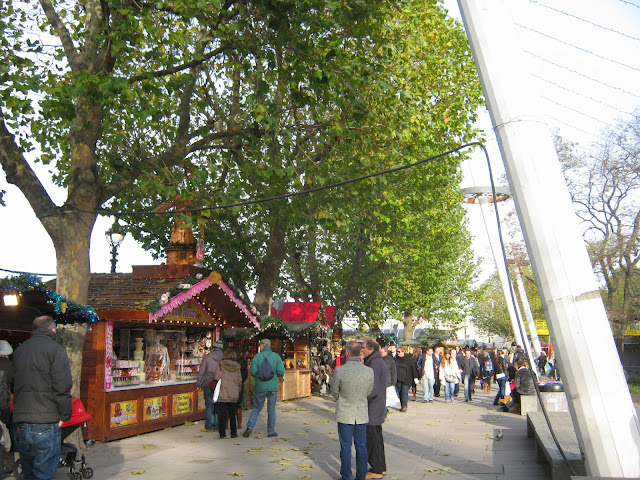 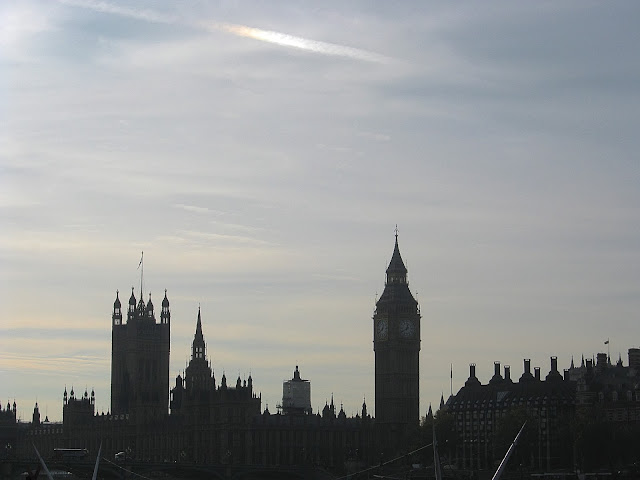 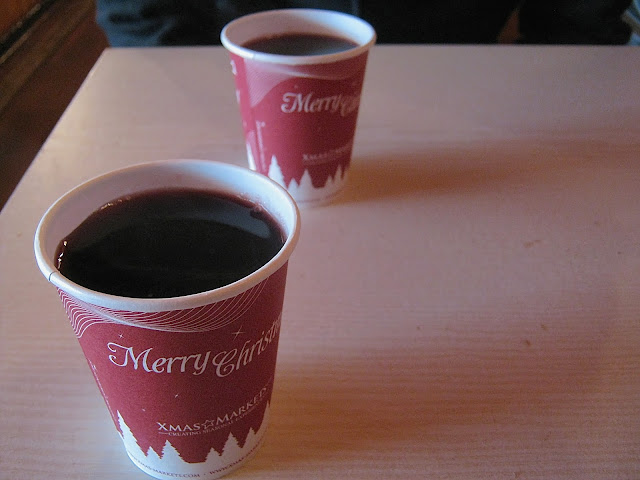 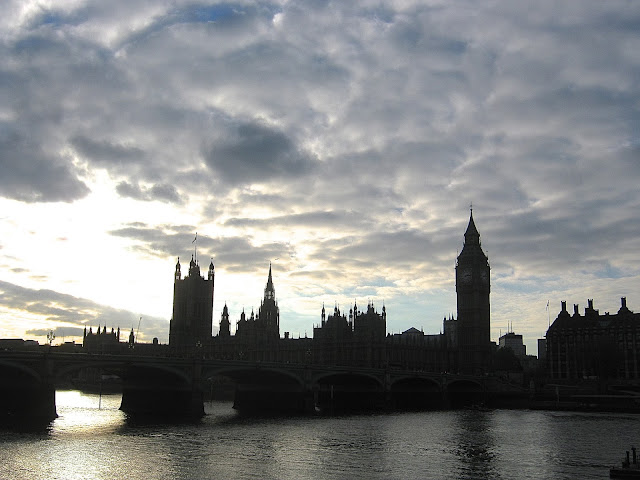 After a couple of mulled wines and a shivery chat Nick took me to one of his favourite haunts, a little gin bar called The Oliver Conquest. 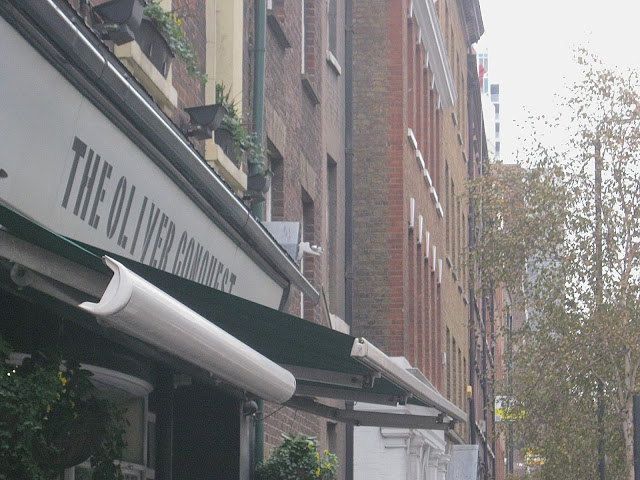 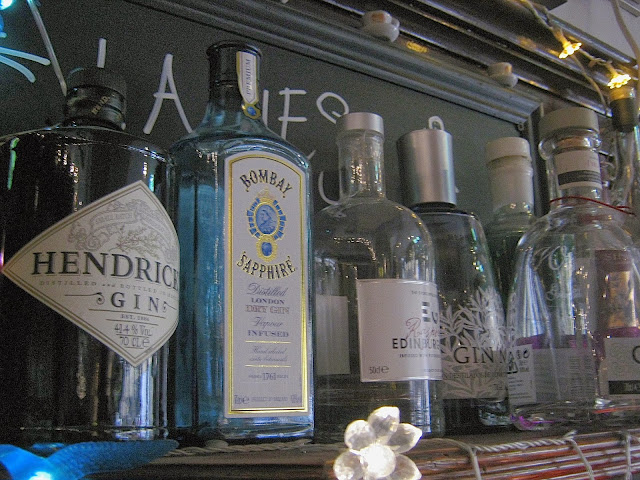 Then we started to make our way back to the flat.  We stopped off in Clapham on the way to take a quick look at the street my mum used to live on when she was in her early twenties (lived in Paris in her early twenties, and in London too, go mum!) and then to her old local pub, The Windmill. 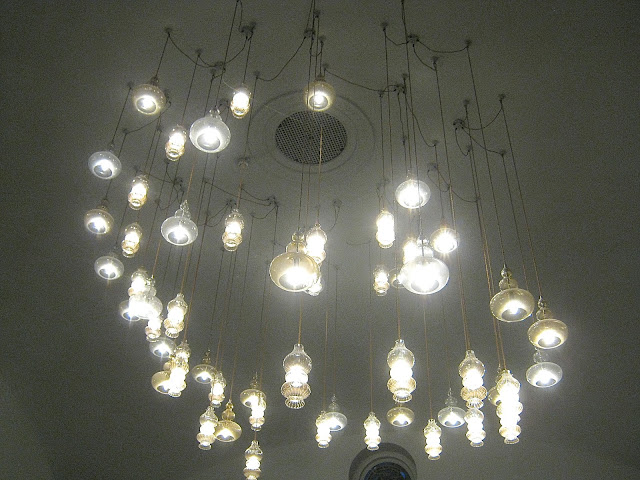 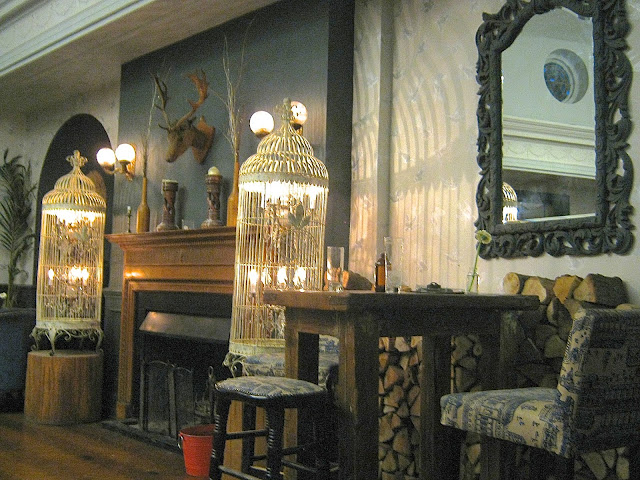 According to mum the decor wasn’t as nice as it is now back in her day!  A quick change and freshen up at Nick’s and then we headed out for dinner.  He took me to Franco Manca which is a new addition to Balham.  They already have a few really successful places in Brixton and other parts of London, their prices are very low for London too. 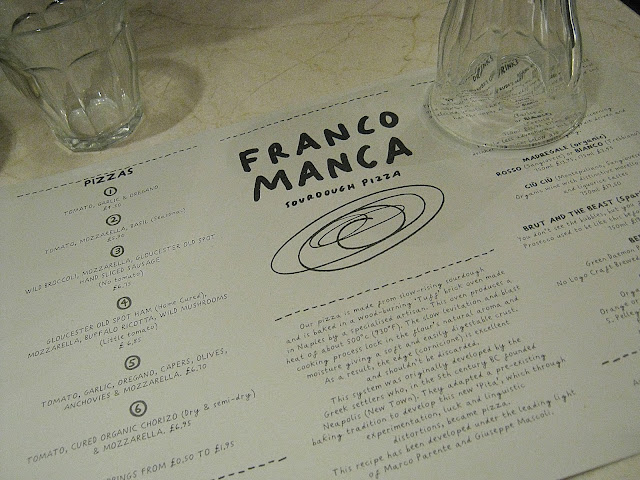 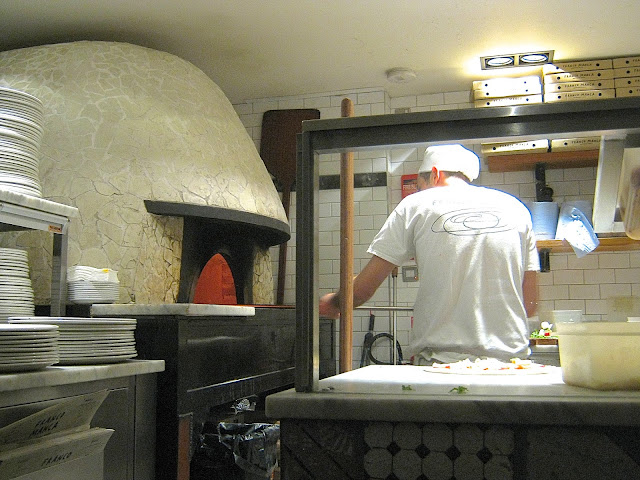 A few cocktails along Clapham High Street later and I was well and truly knackered.  The next morning my lovely brother made me a bacon sandwich for breakfast and we headed back to the city to peruse the National Gallery.  He also pointed out the below instalment, apparently Boris Johnson appointed a female artist to create something and she opted to produce a Big Blue Cock.  Brilliant! 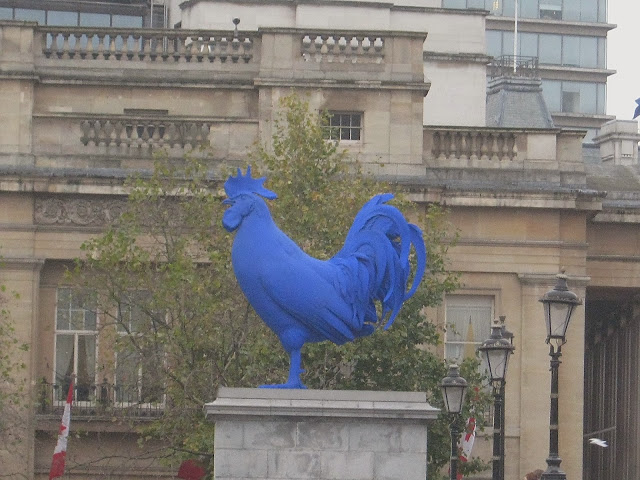 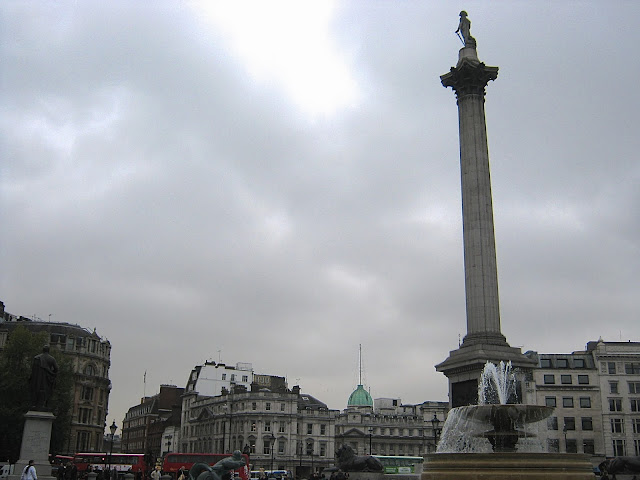 A few hours later and I was on a train back up north taking in the beautiful winter scenery.  I want to go back to see Nick at some point and explore Brixton, but nevertheless we certainly packed a lot in to just two days.  London’s a place I only ever feel I’m scratching the surface with, that makes me think the only way to truly discover it would be to live there.