On Monday my mum and I popped over to Paris for a week.  I’ve been away for a year and we’ve always wanted to go together as my mum is a bit of a Francophile and once lived in Paris, so now was as good a time as any.

I really like Paris.  I know a lot of people don’t because it’s expensive, dirty and often dodgy – to be honest I agree that these things are all true, I actually had a pick pocket try their luck with me on Thursday whilst on the Metro, which incidentally absolutely hum dinged of warm, stale urine.  For me though, these negative factors don’t outweigh the reasons why I like the place.  It’s quaint, everyone wears black and doesn’t seem to give a toss and it’s just so pretty!  I love the French language too, it’s so soothing to listen to and so expressive.

On the train from the airport to the city, mum and I sat opposite a French man and a Scottish man having a conversation.  As well as their accents, their physical way of communicating couldn’t have been more different.  The Scot had arms folded as he spoke and kept interjecting his sentences with a mildly nervous laugh, intended to invite the French man to join in – he didn’t.  Meanwhile, the French man had arms flailing in all directions to express his words and eyebrows so enthusiastic they almost fell off his forehead.  I don’t think either way of communicating is better or worse than the other, but I really enjoy seeing these differences.

We stayed at Hotel Georgette near the centre of the city – a short walk from Le Forum Des Halles and Pompidou Centre.  I liked the look of this place on the net, and I liked it even more in real life.  Pretty, quirky and very camp – ultimate combination surely? 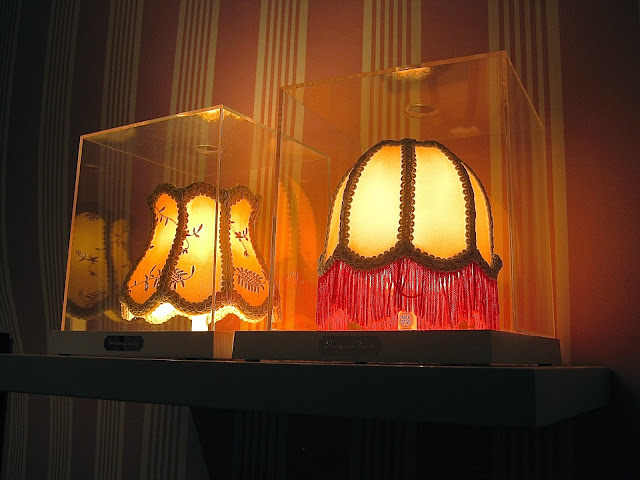 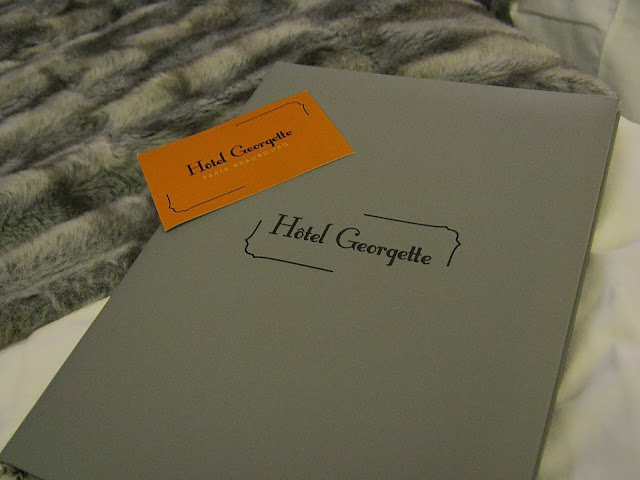 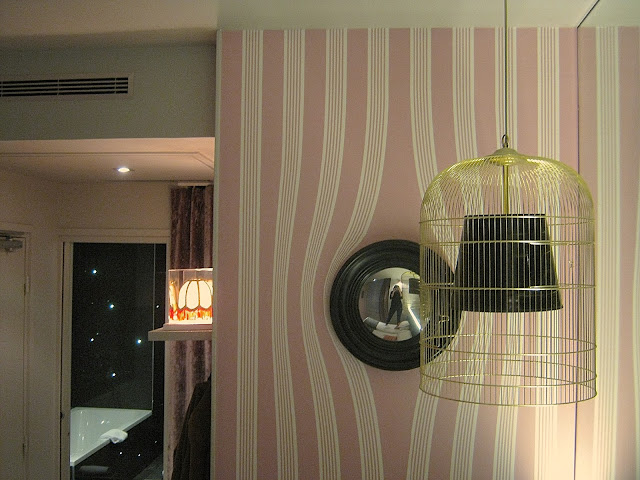 The sparkly lights in the background are in the bathroom, you can switch the main light off for a very relaxing ambience whilst you have your bath.  I loved this hotel so much. 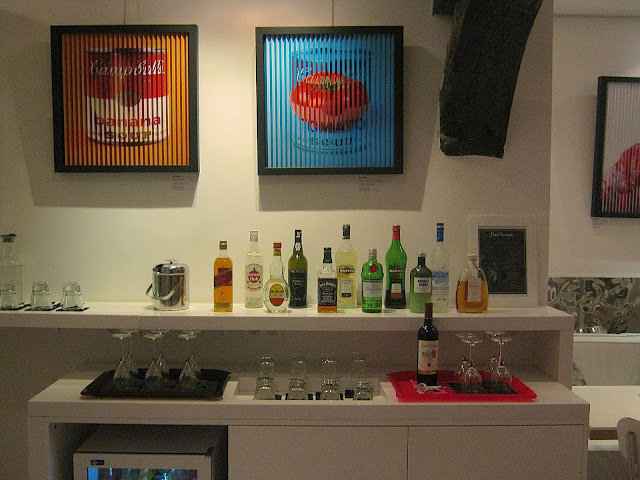 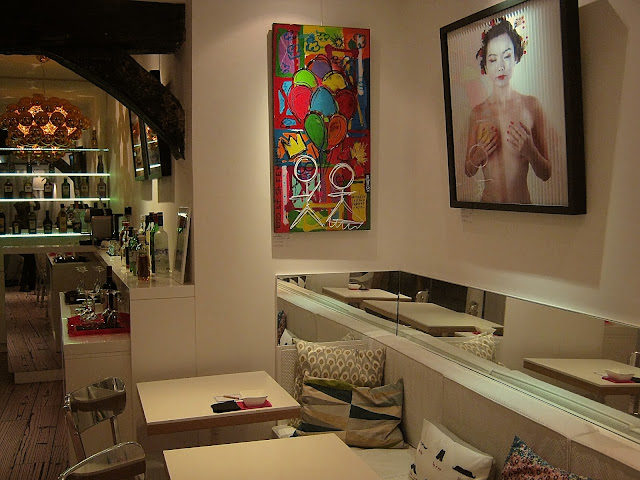 We arrived late in the afternoon and I’m still suffering slightly from jet lag, so all we really wanted was to eat, have a drink and then sleep.  Rather than trying to find somewhere, we just asked the hotel staff where was decent to eat.  It’s very easy to get ripped off for crap food in Paris, so really I think it’s best to just ask.

We wandered down a road I cannot remember the name of and found a little Italian restaurant.  Settled with pasta and a glass of kir we people watched.  Paris is wonderful for people watching, the locals just look like they belong there. 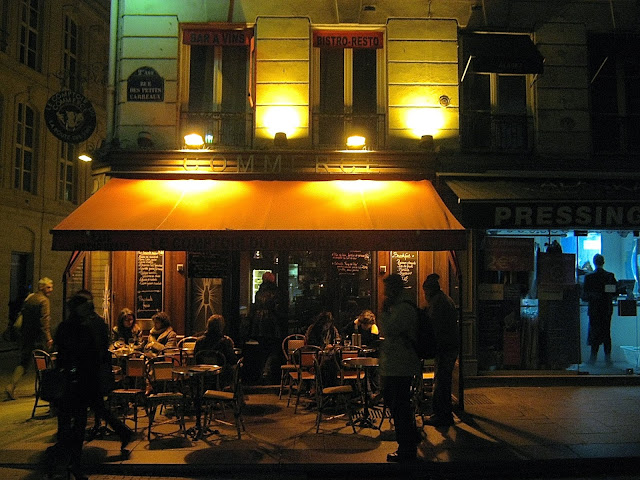 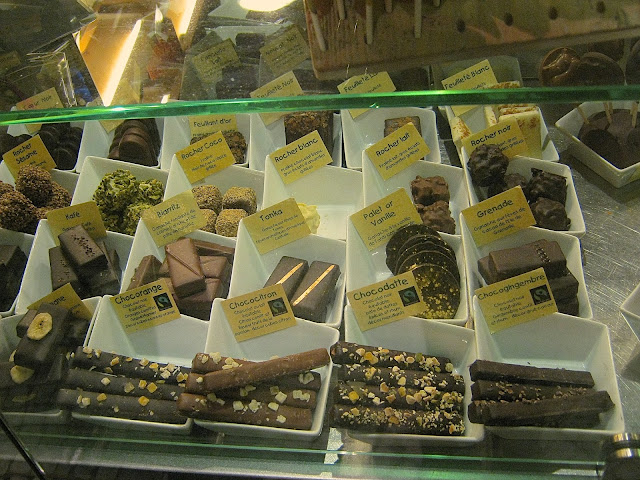 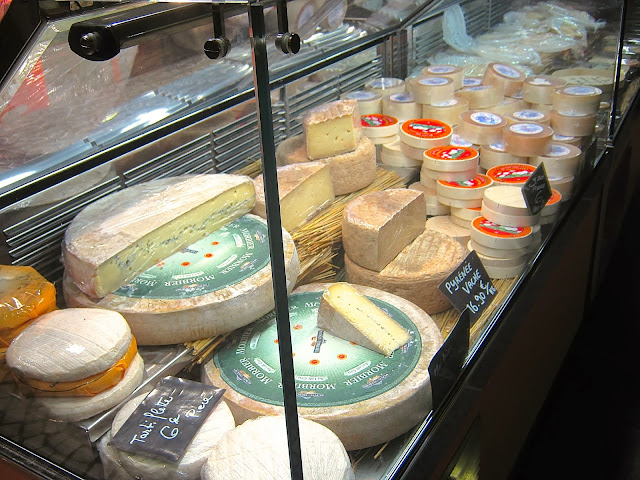 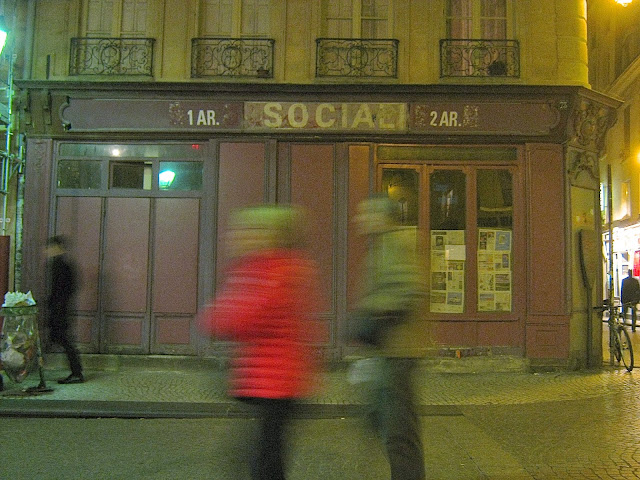 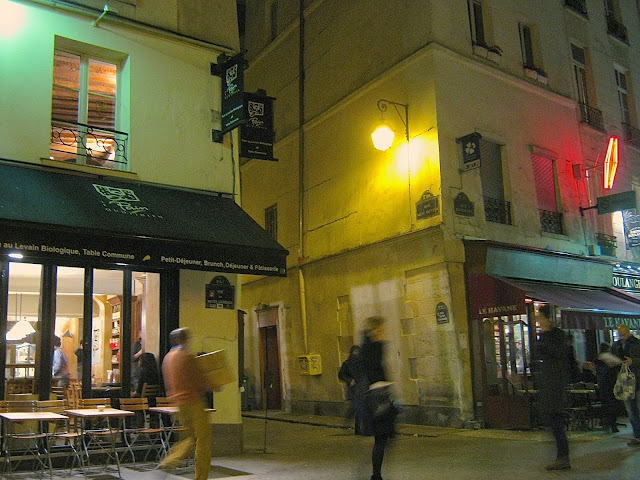 Curiosity satisfied we strolled back to the hotel to rest up for the following day – Mardi à Paris.