This is a short non-fiction story I wrote as part of a writing course I did in 2019. The course details can be found here. It was called Write Like A Grrrl and I would highly recommend it for anyone, at any level, who wants to gain some practical tools for creative writing. I think some of the course organisers may also be offering remote coaching whilst we’re in lock down.

To a first-time visitor, it’s an unwelcoming, intimidating and rather grim place.

The high street shops are mostly boarded up, the beautiful heritage architecture is derelict, and the people seem ready to fly off the handle at any moment.

As someone who grew up there it took me a very long time to tune in to the good in Donny—about 25 years in fact.

I spent my childhood and teens counting down the days until I could go out into the world and become who I wanted to be.

I did just that. I went to Leicester at 18 to study Contemporary History at University. Then after that, I spent the first three years of my twenties working and saving then backpacking for 2-3 months. When I turned 24, after months of careful planning and preparation, I flew all the way to Melbourne on my own and spent 12 months there building a life from scratch.

A very formative and memorable experience, but in hindsight I do feel compassion with a sprinkling of loving pity towards my younger self.

She was so determined to go out into the world and become who she wanted to be, that she felt the best thing to do was to literally go to the opposite side of the planet for a year.

In Doncaster, keen to hold on to the new sense of identity I had, I began interning for a grassroots arts & culture magazine (which remains to this day both the worst paid and most fun job I’ve ever had).

Halfway through my six month stint back in The Donx I really began to open my eyes to Doncaster and its people. What makes it special is it is full to the brim of self-made people.

People who’ve gone out into the world and become who they want to be. Oh the irony.

A bus journey into the town centre one day brought this home and left me smiling for days.

I was sitting behind a woman and a man who looked to be in their sixties. Friends; not a couple. The woman wore finger-less gloves.

They chatted quietly until the bus reached the market, where they started wrapping the conversation up.

I need to mention here that in my whole life, Donny is the only place I’ve known that has an independent military memorabilia shop. It’s always struck me as odd yet endearing.

Rick: “Oh! Don’t forget to salute when you go in.”

I wanted to give you an insight into my workspace at Doncopolitan.

I am incredibly lucky to have worked there part time over the last few months. It’s a very collaborative, creative workspace in which I pretty much have free reign to trial things and learn.

The office is based within a coworker space called the Copley Road Project, and the office has changed shape a lot since I began working there.

A lick of paint, some bespoke tables and plenty of art have turned it into a place that makes me feel creative as soon as I walk through the door.

Rachel and Warren have inspired me a great deal. They’ve shown me that creating change is never easy, but *is* hugely rewarding. And I think I’ve taught them a thing or two about how to use Twitter!

Their publication – Doncopolitan – has been years in the making and it’s exciting to wonder where it might be in another few year’s time.

This fine specimen is a collection of the work by Helmut Newton.  The title of the book refers to Newton’s decription of himself:

“Some people’s photography is an art.
Mine is not.  If they happen to be exhibited in
a gallery or a museum, that’s fine.
But that’s not why I do them.  I’m a gun for hire.”
Helmut Newton, Newsweek, February 2, 2004. 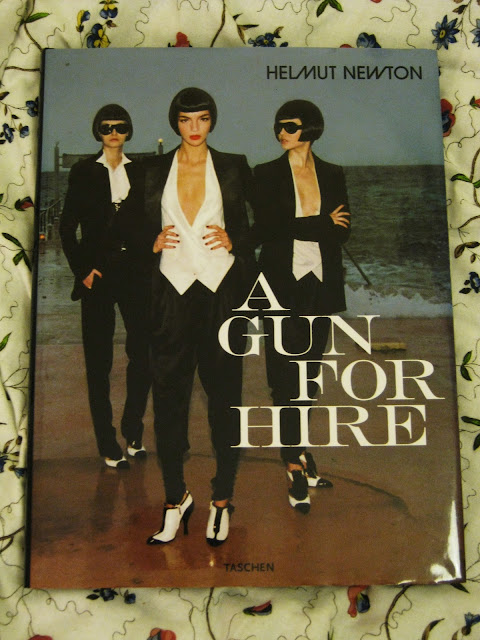 The book catalogues his work and who it was for from the 1980s through to the year 2000.  Here are some pictures from the book: 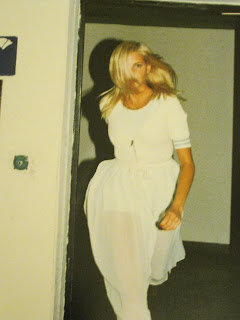 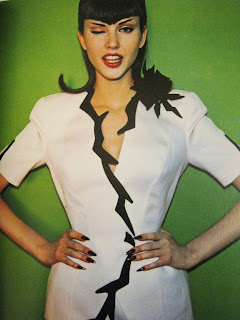 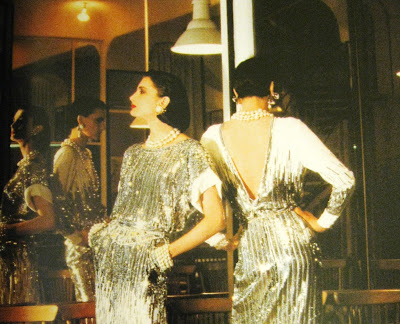 I was given this as a birthday present a few years ago for no other reason than I just really love the pictures!  I find his work very artistic, very feminine (I think the fact that about 99% of his pictures are of women plays a part), very fashionable and stylish, and also very sexy.  All his pictures are so different as well.  As seen above, the two women in the beautiful sparkly gowns were photographed for Chanel.  The top left picture reminds me of Quentin Tarantino films, I can’t explain why!  The top right picture has a science fiction feel to it – she could be Spock’s sister perhaps?
There are some famous faces making an appearance here and there too: 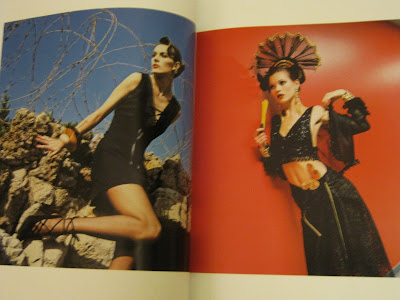 Liz Hurley and Kate Moss modelling Yves Saint Laurent!
Coffee table books are excellent accessories and fun to collect.  Unfortunately, as of yet I do not own a coffee table, but at least I’m prepared!